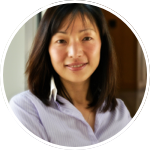 Growing up, Akiko Iwasaki watched her mother, Fumiko, a professional with three daughters, fight for women’s rights in the workplace. That’s what compelled Iwasaki to leave her native Japan when she was 16.

“Women are pretty much dismissed as incapable of doing science, or anything else,” says Iwasaki, now a professor at Yale University School of Medicine.

As a teen, she moved to Canada to see whether young, Asian, female scientists were afforded better opportunities. After a year as an exchange student, she enrolled at the University of Toronto, where she majored in biochemistry and physics.

There, she went on to earn her doctorate in immunology. Her thesis scored a first among many firsts when she showed that vaccines promote “presentation of antigens to T cells through white blood cells, and not muscle cells, as was previously theorized,” a 2018 profile says.

Ultimately, she met her husband in New Haven. Ruslan Medzhitov works as an immunology professor with a doctorate in biochemistry at Howard Hughes Medical Institute, where Iwasaki is also an investigator.

Soon, she got pregnant with their first of two children.

That’s when she almost quit science.

The Yale Daily News, in a February 2020 article headlined “Postdocs Struggle with Childcare Costs,” reported that Iwasaki tweeted on a Sunday about her two-year effort to find affordable daycare close to campus. Her post garnered 400 retweets within three days.

She joined Twitter in 2017 as @VirusesImmunity, primarily out of curiosity, she says. It didn’t take her long to begin leveraging the platform to amplify women’s voices. Here’s just one example, among more than 9,600 tweets so far, from December of that year:

“To all aspiring young #WomenInSTEM: Mentee: Should I avoid being pregnant while trying to secure a faculty position? Me: Be pregnant & go on interviews. If they don’t welcome you with open arms and offer childcare options, they don’t deserve you. #KnowYourWorth”

When she isn’t calling out what she sees as implicit biases toward women and minorities, she studies innate and adaptive immunity to viruses and cancer.

As early as April 2020, she was already deep into SARS-CoV-2 research. That month, she co-authored a piece published in EMBO Molecular Medicine titled “Why does Japan have so few cases of COVID-19?”

She understood immediately the need for an urgent response to the rising pandemic. As she told Genetic Engineering & Biotechnology News in July 2020, that stemmed in part from her 2016–2017 work on the Zika virus through the National Institutes of Health (NIH) and the National Institute of Allergy and Infectious Diseases. Another first there: the creation of the first mouse model of a vaginal Zika infection.

From the onset of the COVID-19 crisis, she began producing—and co-writing—a prolific series of papers and newspaper articles. She shares a byline in a January 26 New York Times op-ed: “The False Rumors About Vaccines That Are Scaring Women.”

As she tweeted earlier this year, “I am talking to reporters and going on interviews all day long discussing the importance of public health measures and basic science research on #COVID19.”

Let’s not forget YouTube. In a July 2020 video, “Immunology 101 for Non-immunologists,” she came right out with what we know today: “The safest and most reliable way to achieve immunity is through vaccination.” The video has so far netted some 53,000 views.

Asked why she’s not a cable-TV rock star because of her approachability and accessible coronavirus work, she says, “I’ve been fortunate with Twitter, where I can communicate science without needing to be on CNN. We need to use all different media.”

In response to tweets about the March shootings that killed eight people, including six Asian women in Atlanta, one of her 121,000-plus followers retweeted: “Professor Iwasaky [sic] is probably the best example I can find of how a scientist should conduct herself/himself in social media.”

To combat such social viruses, she says we first need to acknowledge racism and sexism. Next: “We need to change the way we evaluate people by sort of undoing this kind of bias.”

Of course, she offers hard evidence for that. She points to a 2019 study published in JAMA that showed first-time male awardees at the top NIH-funded institutions won nearly 30 percent more in grant funding than women did; women accounted for 44 percent of U.S. science grants compared with men.

Another tweet-peeve: bullying in academia.

In a Stat article, she recounts a retired chief of surgery who derided her for an article she wrote that appeared in Nature, suggesting ways to help trainees “deal with toxic principal investigators.”

In her lab, she walks her talk as a role model, much as those who influenced her. Along with her parents and a seventh-grade math teacher, she names Joan Steitz, PhD, as a major influence.

“What I faced as bias is nothing compared to what she had to go through,” Iwasaki says of the molecular biophysics and biochemistry professor at Hughes.

“Now that I have a secure position, I can really focus on mentorship,” she says, “and it's really important for me to see that my trainees are successful and that they're happy in what they're doing.”

She sounds happiest when science is recognized as teamwork, involving and advancing all of humanity, all genders, races, ethnicities. As she puts it, “The more color the better, right?”