FASEB's Public Service Award, given periodically, recognizes individuals who have made outstanding contributions to the cause of biomedical or biological research through their work in government, public affairs, the media, the law, the arts, or related fields. 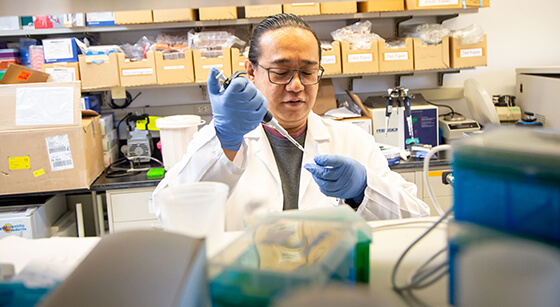 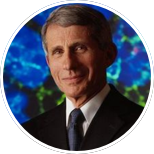 Anthony S. Fauci, MD, Director of the National Institute of Allergy and Infectious Diseases (NIAID), received the 2020 FASEB Public Service Award for his decades of outstanding leadership in basic and applied research to prevent, diagnose, and treat daunting infectious diseases.

NIAID director since 1984, Fauci is well known for his leadership in responding to the global HIV/AIDS epidemic, advising six presidents, and serving as a principal architect of the President’s Emergency Plan for AIDS Relief, which has saved millions of lives throughout the developing world.

Most recently, as a member of the federal Coronavirus Task Force, Fauci has gone above and beyond to provide accurate and balanced information to the public about the COVID-19 pandemic. Whether at the White House podium or in media interviews, Fauci has been a steady hand, providing honest assessments and detailed evaluations in a rapidly changing environment to the administration, policymakers, and the public. At the same time, he is quickly ramping up NIAID research activities to respond to the pandemic.

His efforts to promote social distancing, correct misinformation, and provide impartial advice to state and local leaders across the country have reassured an anxious nation and led to the adoption of sound policies that have flattened the COVID-19 curve.

“Dr. Fauci is a physician-scientist of the highest order,” said Hannah V. Carey, PhD, FASEB President. “From his early days at the NIH confronting the epidemic of HIV, to the current crisis facing off against a formidable new coronavirus, he has always insisted on data-informed decision-making, which exemplifies biomedical research in our nation,” Carey said. Fauci is a member of three FASEB societies – the American Association of Immunologists (AAI), the American Society for Clinical Investigation (ASCI), and the American Federation for Medical Research (AFMR). He is a previous recipient of the AAI Public Service (2000) and Lifetime Achievement Awards (2005) and served as President of AFMR (1980-1981).

A frequent presence on Capitol Hill, Fauci has earned the trust, confidence, and appreciation of House and Senate leaders, members of Congress from both parties, and powerful committee chairs. He advised Congress on the U.S.’s efforts to contend with the SARS outbreak and swine flu pandemic, as well as the viral diseases MERS, Ebola, and Zika. He was also a critical part of the federal government’s effort to develop biodefense drugs and vaccines following the 9/11 terrorist attacks and has guided research on developing a universal flu vaccine.

His ability to clearly articulate complex scientific concepts to the public made him the “go to” person for the news media on infectious disease outbreaks, appearing in America’s living rooms in countless television interviews. He has also embraced non-traditional methods of reaching the public and new audiences, such as a recent live social media appearance with basketball star Stephen Curry to answer questions about COVID-19.

Given his many contributions as NIAID Director and his longstanding and tireless service to the research community, the FASEB Board of Directors voted to honor Fauci with the 2020 FASEB Public Service Award, in recognition of his contributions to advancing the cause of biomedical and biological research and decades of selfless public service.