Mentoring the Next Generation of Scientists 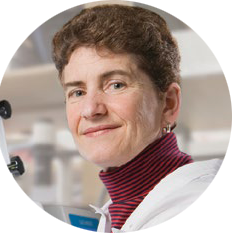 Professor at the University of Pennsylvania Perelman School of Medicine in Philadelphia. The FASEB Excellence in Science Lifetime Achievement Award recognizes her contributions to the study of cancer cell metabolism, primary tumor metastasis, and the link between chronic inflammation and cancer predisposition.

The award also recognizes her devotion to mentoring undergraduate, graduate, postdoctoral, and clinical fellows who have conducted research in her laboratory for over 25 years.

Can you briefly discuss your background, and what you do in your current role?

Simon: My background training revolved around tumor virology, eukaryotic gene transcription, and hematopoietic development. As a newly hired assistant professor at the University of Chicago in 1992, I launched an independent research program studying blood cell development. However, over the next couple of years, I transitioned into studying responses to changes in oxygen availability (or “hypoxia”). In my current role, I am Scientific Director of the Abramson Family Cancer Research Institute at Penn and Associate Director for Shared Resources in the Abramson Cancer Center.

When did you decide to become a scientist? Were you inspired by someone?

Simon: I decided to become a scientist when I was a junior in high school. I attended a private girls’ high school in Cincinnati, OH (Ursuline Academy) and was truly inspired by Sister Eileen Freschett, who taught chemistry. This was the first time I even thought of becoming a scientist.

Your nomination includes the research you’ve conducted and published. What drew you to this field of research? What do you wish to achieve with your research?

Simon: As stated above, in 1994-1995, I transitioned from studying principles of development based on regulatory transcription factors to how development is coordinated by changes in oxygen availability in the developing embryo. This was based on the hypoxia-inducible factor (HIF) transcription factors. In 1999, I was recruited to a new cancer center at Penn, where I refocused our efforts on studying the influence of hypoxia on tumor progression. The cancer center at Penn was made possible by a large philanthropic gift made by Leonard and Madlyn Abramson.

I wish to achieve durable treatment responses for individuals with a variety of cancers, including those of the kidney, liver, pancreas, and brain. We also work on extremity tumors such as soft tissue sarcomas.

What discovery are you most proud of? Can you describe what you felt when you made that discovery?

Simon: This is hard to answer, but one standout was the day we determined that mouse embryos are completely dependent on HIF for cardiovascular development. Specifically, the naturally hypoxic environment of an early embryo engages HIF, promoting blood vessel development to achieve oxygen homeostasis in the embryo. This was very exciting seeing embryos that lack HIF activity having abnormal blood vessels.

A runner-up was the discovery that oxygen availability also affects early embryonic stem cell reservoirs (like primordial germ cells). And finally, the most recent discovery is that metabolic enzymes can function in the nucleus and coordinate gene expression independently of their catalytic activity.

What does it mean to you to receive the Excellence in Science Award?

Simon: Receiving the Excellence in Science Award is extremely exciting. Of note, I believe this incorporates my 30 years of mentorship for the next generation of scientists, which is something I make a top priority.

What advice would you give to young women entering this field?

Simon: The advice I would give to young women entering this field is: think big! Don’t hold back on trying to be as ambitious as possible. There are so many ways to contribute to the biomedical research continuum, which includes basic research, translational research, clinical trials, education, public policy, editing journals, consulting, and so many other important missions. Everyone should think about what would make them the most fulfilled and pursue it. Do not be dissuaded by anybody or, in particular, your own self-doubt. I certainly faced this myself many times.

M. Celeste Simon is a member of Society for Redox Biology and Medicine, a FASEB member society.