The TGF-β Superfamily Conference: Signaling in Development and Disease 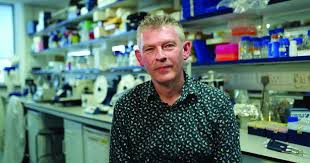 Gareth Jonathan Inman is the Director of Research Strategy at the CRUK Beatson Institute and a Professor of Cell Signalling at the University of Glasgow in Scotland. Inman’s research has focused on molecular and cell signaling mechanisms during cancer development and progression. For over 20 years, his lab has studied TGF-β signaling and been involved in characterizing small molecule inhibitors of the TGF-β superfamily receptors, investigating SMAD signaling dynamics, and understanding how TGF-β signaling can act as both a tumor suppressor and a tumor promoter. His lab is continuing these studies and investigating the role and interactions of TGF-β superfamily signaling in the development and metastatic spread of cutaneous squamous cell carcinoma (SCC), Head and Neck SCC, glioblastoma, breast, pancreatic, and colon cancer. His current work focuses on identifying critical cellular targets and mediators of TGF-β signaling using gene expression profiling, proteomics, genomics, and in vivo approaches.

Inman completed his PhD studies on the Epstein Barr virus in Paul Farrell’s laboratory at the Ludwig Institute for Cancer Research in St. Mary’s Hospital, London, before joining Ed Ziff’s laboratory as an HHMI postdoctoral fellow in New York. He returned to the Ludwig Institute as a Wellcome Trust postdoctoral fellow and studied TGF-β signalling in human B cells in Martin Allday’s lab. Inman moved to the lab of Caroline Hill at the CRUK London Research Institute to study TGF-β signalling dynamics.

Cathy Savage-Dunn is a Professor in the Department of Biology and Executive Officer of the PhD Program in Biology at Queens College and The Graduate Center at City University of New York. Her lab, established in 1997, studies the functions and regulation of BMP signaling in growth, development, and homeostasis. Her team capitalizes on the strengths of the C. elegans model system in genetic, genomic, and live-imaging approaches to provide novel insight into BMP signaling mechanisms in gene regulation, signaling crosstalk, and tissue interactions.

Savage-Dunn has utilized the nematode C. elegans as a model system for over 30 years. She did her PhD studies with Nobel Laureate Martin Chalfie at Columbia University before postdoctoral studies with Iva Greenwald at Princeton University and Richard Padgett at Rutgers University. At Rutgers she co-discovered SMAD proteins, the central signal transduction mediators of the TGF-β superfamily. 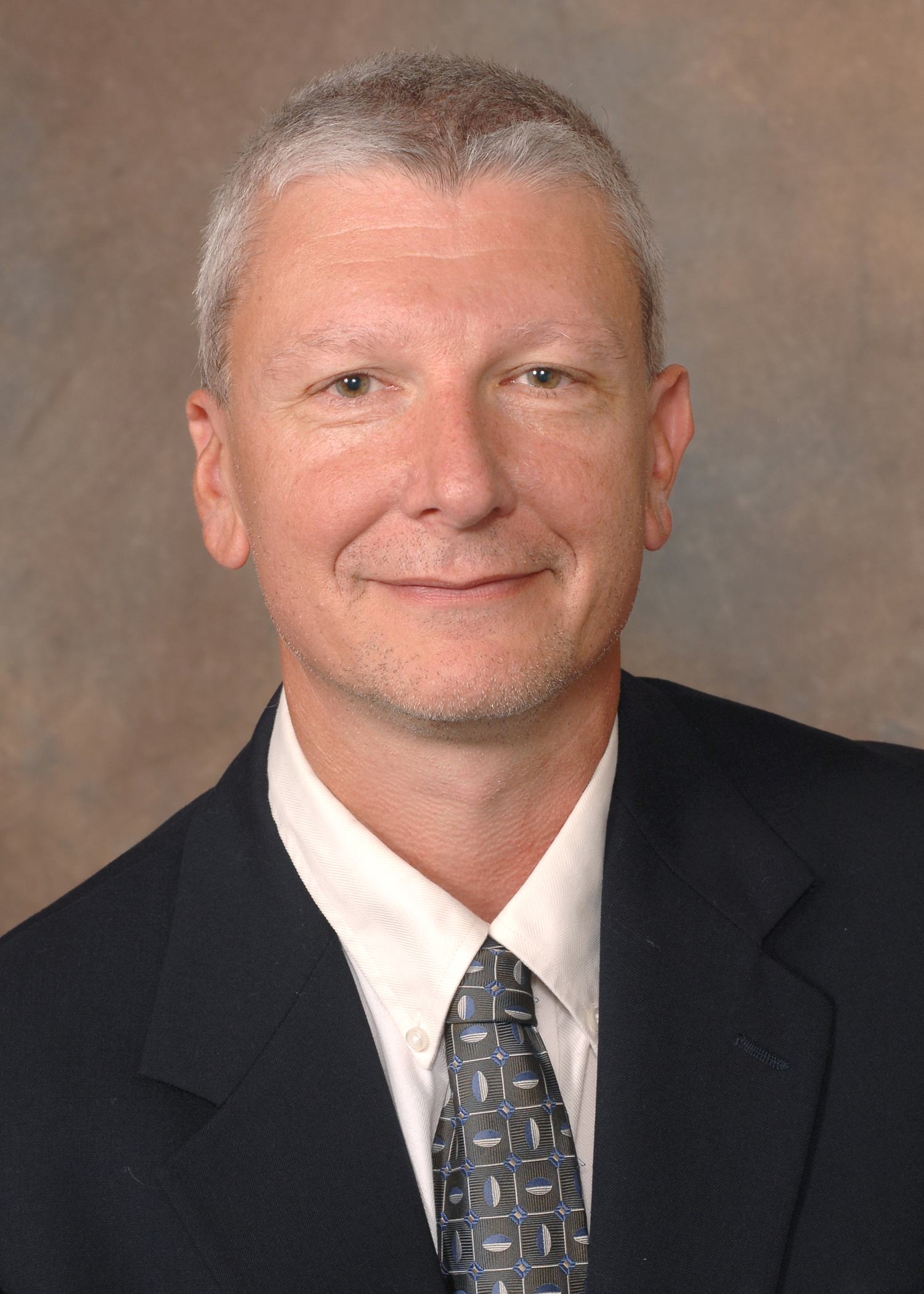 Professor of Molecular Genetics, The University of Cincinnati College of Medicine, Cincinnati, OH

Tom Thompson is a Professor of Molecular Genetics at the University of Cincinnati College of Medicine. He founded his own laboratory in 2005 utilizing advanced structural biological technologies to interrogate the structure-function of TGF-β superfamily signaling mechanisms. The Thompson Laboratory is focused on understanding the interplay of extracellular antagonists and how they bind with differential specificity to TGF-β family members. Using the follistatin-family antagonists as a model system, his lab has shown antagonist-ligand specificity is complicated, involving features of both the ligand and antagonist as well as conformational changes that can accommodate different antagonist-ligand pairs. His work has extended to the DAN family of BMP antagonists—their crosstalk with other signaling pathways and challenging delineation of activin-receptor ternary complexes, which is revealing new paradigms of signaling specificity.

After undergraduate studies in Chemistry and postgraduate studies in Computational Biology, Thompson earned a PhD in the laboratory of Ivan Rayment at the University of Wisconsin where he acquired rigorous training in Structural Biology with an emphasis on X-ray crystallography. As a post-doctoral fellow, he trained with Theodore Jardetzky at Northwestern University and initiated his work on the TGF-β family. During this time, Thompson solved the first structure of an activin class ligand in complex with its type II receptor and the structure of activin in complex with the extracellular antagonist, follistatin.

Thompson serves on the Scientific Advisory Board for both Acceleron Pharma (a company broadly focused on therapeutic modulation of TGF-β) and Eclode (a company focused on AAV therapy targeting the TGF-β family member, myostatin). He is an elected Council member and current President of the Society for Experimental Biology and Medicine.

Early registration is available until June 16, 2022
Attendees: $1199 + VAT
Students: $1049 + VAT
Invited Speakers: $1199 + VAT
Regular registration fees start on June 17, 2022
Attendees: $1349 + VAT
Students: $1199 + VAT
Invited Speakers: $1199 + VAT
Reimbursement allocations are up to the organizers of each conference and depend on external funding availability, and therefore are not guaranteed. If you would like to be considered for partial reimbursement, please complete this form. If you are selected to receive any reimbursements for your registration and/or travel, you will be contacted via email with further instructions. Please note that this process will take several weeks after the conference occurs. We appreciate your patience and understanding as we work through this process.

Dublin International Airport (DUB) (6 miles / 10 km from hotel)
Grand Hotel, Malahide Ireland  - Grove Rd, Malahide, Co., Dublin, K36 XT65, Ireland
Single Occupancy – 125.00 € per night or Shared Occupancy 165.00 € per night (incl. taxes/fees). The discounted rates are available through June 26, 2022 only. To book pre/post meeting dates, please book via the reservation link first then email booking@thegrand.ie to request the additional pre/post dates to be added your reservation. The registration fee does not include lodging. Please book your lodging through either option below:
Online or by phone at: 00353 845 0000 (Mention “2022 FASEB Conference” for the discounted rate).
The airport provides information on ground transportation options here. The average cost of a taxi from this airport to the conference location is approximately €15-€30.
Lodging reservations should only be made using the options above. Any solicitation by third-party lodging companies is not endorsed by FASEB.
Great rates: Enjoy specially negotiated rates which may also be honored for extended stays based on availability.
Be in the center of activity: Enjoy quick and easy access to all conference functions and networking opportunities.
Additional protection: FASEB may be able to assist you with any issues that arise with the hotel.

Travel Awards are available to encourage early career investigators to attend this conference. The Anita Roberts Memorial Travel Awards will be awarded to one graduate student and one post-doctoral fellow. A total of two awards of $2000 each will be offered in honor of Dr. Anita Roberts, a pioneer of the TGF-B field. Additional awards of $800 each will be awarded to trainees and/or to junior investigators in the first five years of an independent position. All early career investigators who submit an abstract by the June 16 11:59 pm (ET) deadline will be considered. Participants from under-represented groups are especially encouraged to submit an abstract.